The Rapid Refresh Forecast System (RRFS) is a critical component of NOAA’s Unified Forecasting System (UFS) initiative which has been in development for several years and is planned for operational implementation in late 2024. The RRFS will provide the NWS an hourly updating, high-resolution ensemble capability that uses a state-of-the-art, convective-scale ensemble data assimilation and forecasting system with the Finite-Volume Cubed Sphere Dynamical core (FV3). Further, the RRFS will greatly simplify NCEP’s model production suite by subsuming several regional modeling systems such as the North American Mesoscale model (NAM), the Rapid Refresh (RAP), and the High-Resolution Rapid Refresh (HRRR), which is a significant step forward for the UFS vision to unify development efforts around a simplified and streamlined system. Since 2018, Spring Forecasting Experiments (SFEs) in NOAA’s Hazardous Weather Testbed have played an important role in evaluating convective scale FV3-based model configurations for severe weather forecasting applications. Each year, more and more model configurations utilizing the FV3 dynamical core have been evaluated during the SFE, and SFE 2022 was no exception. With contributions from multiple agencies, 59 FV3-based model configurations were contributed to the 2022 SFE, up from 24 FV3-based model configurations in 2021 and 10 FV3-based model configurations in 2020. This increase is in part due to multiple agencies, such as the University of Oklahoma’s Multi-scale data Assimilation and Predictability (MAP) group, running ensembles to determine how to best configure a future RRFS.

Feedback was provided to the developers through multiple methods during the SFEs. Formal evaluations were conducted, asking participants to subjectively evaluate convection-allowing model and ensemble performance in forecasting severe convective weather such as tornadoes, hail, and winds. Feedback was also collected on the specific aspects of model performance that the developers were interested in, such as how well models using different data assimilation schemes depicted ongoing storms an hour into the forecast. In 2022, for the first time in the SFE, blinded evaluations were conducted so participants did not know which model configuration was used. Blinding the evaluations and randomly displaying the configurations removed any bias participants had toward or away from certain configurations based on name alone. 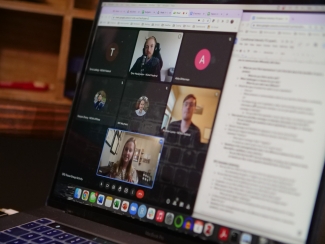 Feedback from these subjective evaluations gave developers clues as to which elements to target to improve the forecast performance. For example, in SFE 2021, participants noted that storms in some configurations were overly circular in nature, indicating strong isolated updrafts. Developers were able to adjust the configurations in the off-season, thus this issue was not flagged in SFE 2022. Subjective evaluations can also provide developers with the best avenue of attack for new model developments. In SFE 2021, a Valid-Time-Shifting (VTS) approach in the RRFS configurations contributed by the OU MAP group was tested versus a more traditional data assimilation method. The subjective evaluations indicated that the VTS improved the subsequent forecasts, as did objective verification performed after the SFE by the MAP group. Therefore, for SFE 2022, all MAP RRFS configurations used VTS assimilation, so the focus shifted to determining which observations a VTS approach should be applied to for the greatest forecast benefit.

SFEs have often encompassed comparisons between currently operational model configurations and the next generation of model guidance. In SFE 2022, deep-dive comparisons were conducted between the High-Resolution Ensemble Forecast System (HREF) and the RRFS prototype 2 ensemble (RRFSp2e), and the High-Resolution Rapid-Refresh version 4 (HRRRv4) and the RRFSp2e Control member (RRFSp2 Control). These comparisons considered not only the typical fields utilized for severe weather, but also the environmental mean fields for the ensembles, and upper-air fields for the deterministic comparison. Results from these comparisons revealed which aspects of the guidance were performing better in the newer iterations of the models, and which aspects are still best-depicted by the operational guidance (Figures 1 and 2). 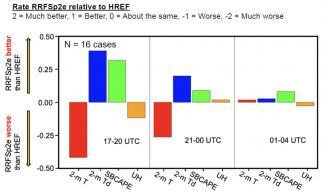 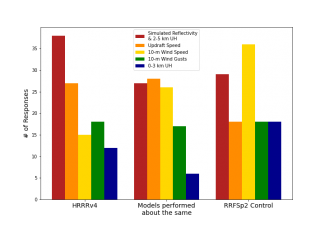 Answers to the question, “Which model configuration performed best for this field?”, in which participants were asked to select at least two of the five fields presented to evaluate.

Over the years that the SFE has evaluated FV3-based configurations, evolving toward the future RRFS, we have seen great improvement in the configurations contributed to the SFE. Results from SFE 2022 show the skill of the RRFS and its control member approaching the skill of the HREF and the HRRR. These advancements would not be possible without the dedicated efforts of a community of developers implementing feedback from participants across the meteorological enterprise who contribute their evaluations to the SFE each year. 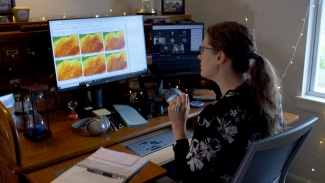