Who's Who: Lindsay Blank

Lindsay Blank joined the DTC as an Associate Scientist in January 2018; this is her first career position in the field after completing school. She grew up in the D.C. area of Maryland, and earned her  B.S. in Meteorology and B.S. in Computer Science at Millersville University in Millersville, Pennsylvania. Her Computer Science degree was added  in her junior year of college after interning at the National Severe Storms Lab in Norman, Oklahoma where she was introduced to numerical weather prediction models. She earned her M.S. in Atmospheric Science from North Carolina State University in Raleigh.

Lindsay is involved with the Letters to a Pre-Scientist and Skype a Scientist programs, which have honed her ability to “speak science” to youngsters and wider audiences. In her words, she explains her job, “I test computer programs that predict the weather and try to make them better so people can be safe and informed.” She is passionate about promoting these volunteer programs as she believes they provide excellent opportunities to engender a love of science in youngsters.

How did she learn to love science? She wanted to be an architect until the Spring of 2001 when she saw her first tornado. Her dad was driving her and her sister home from a birthday party. Her dad didn't have the radio on so he didn't know that her small town was under a tornado warning. The rain was coming down so hard they could hardly see out of the windshield. When they turned the corner onto the main street, they looked toward the horse field and there was a tornado! “My little sister started crying, my dad grabbed the wheel white-knuckled, but my face was pressed against the window, in awe. Instead of turning around, my dad, a former taxi driver in the Bronx, kept driving. Thankfully, the tornado was moving in the opposite direction. My mom was waiting for us nervously in the driveway. I jumped out of the car talking about how exciting it all was. I asked for my first weather radio that Christmas and decided I wanted to study the weather.”

Her typical work day mirrors those of many others, starting by checking email and prioritizing her tasks. She works across multiple projects, like most of the DTC staff. Ensuring she’s making the progress expected of her on each one is a balancing act, naturally. Most of her tasks involve validation and verification of different NWPs and their products. She also works on development for the Model Evaluation Tools (MET). Right now, she’s working on validation and verification for the Air Force, leading the development of multivariate MODE functionality, and testing METplus capabilities for sea ice and ocean verification purposes.

When asked about specific challenges she faces, she answers that it’s the selection of the most appropriate statistic or measure for each validation or verification case. “There are so many statistics and metrics, selecting which ones to use is the most important part of analysis in my opinion; ‘put garbage in, you’ll get garbage out’ as the phrase goes, so I have to decide carefully.” She loves the challenge, however, because it forces her to carefully assess every aspect of the problem at hand, and inspires her to learn more. This aligns with the values that she finds rewarding in her work. Knowing that she’s instrumental in helping to improve the tools operational forecasters use, while providing useful information and tools to model developers and users are the elements that fulfill her. “It means that in some small part, I'm helping to keep people safe.”

One of her favorite quotes is a line from the Walt Whitman poem "Song of Myself." "I exist as I am, that is enough". 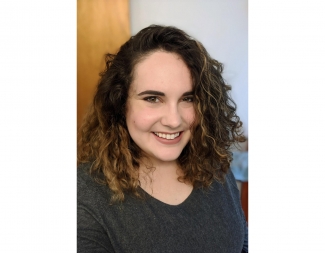