What does unified modeling mean to you? Perhaps an obvious meaning is that “unified” implies
one single model: one choice for dynamics, physics, data assimilation, and postprocessing.
Everyone uses the same code: universities, private companies, research labs, and operational
prediction centers. It is a grand vision. As a community, we are not there yet.

I argue that there is a more practical, and potentially more useful definition of unified
modeling: codes are easily shared and interoperable.

Why do I say this? At first, this approach might seem to perpetuate the lack of coordination in
modeling efforts across the US, which has prevented our field from achieving its potential. But
the solution to better coordination is probably not one model for everything.

Consider this question: if all researchers and agencies began with exactly the same code today,
how long would it take for that code to diverge? The answer is probably a few days or less. A
single code is not a realizable state without a mechanism to ensure compatibility and to
effectively manage innovations. The real question is how do we create an infrastructure where
all components can be interchanged with minimal effort?. A common framework, with agreed-
upon best practices in software engineering, is essential to minimize the time from innovation,
to testing and evaluation, and potentially to operations.

A co-developed infrastructure defines the core of the NOAA-NCAR collaboration toward unified
modeling, as described in the Memorandum of Agreement (MoA) finalized in 2018. The MoA’s
seven areas of infrastructure were outlined in the Spring 2019 edition of DTC Transitions. Co-
development requires reconciling requirements among different agencies or institutions
through careful design and the use of accepted standards such as the Earth System Modeling
Framework (ESMF) and the National Unified Operational Prediction Capability (NUOPC). Co-
development recognizes that multiple organizations, in this case NOAA and NCAR, have similar
modeling goals, and wish to reduce duplication of effort by aligning resources.

The vision for unified modeling can be summarized by examples. A researcher at a university
develops a new representation of cloud physics that is designed to work across a wide range of
length scales. They do their initial development using the Weather Research and Forecasting
(WRF) model but want to test this code in the Unified Forecast System (UFS). This switch
becomes trivial from a software engineering perspective because the code followed standards
for compatibility established as part of the Common Community Physics Package. Another
example is a researcher who wishes to isolate the ocean dynamics in the Modular Ocean Model
(MOM6) from the UFS by prescribing the atmospheric forcing. Third, an operational researcher
wants to adapt object-based evaluation methods to forecast output on seasonal time scales.
These are all examples that are made very tractable through unified modeling, and as
envisioned through a compatible infrastructure. Notably, the vision includes a pathway for
innovations that are initially completely separate from a particular codebase. Thus, revolution,
in addition to evolution, is possible.

It is important to remember that the goal of unified modeling places some additional
responsibility on developers to follow software engineering best practices and design
specifications. Unification also makes no explicit reference to the science needed to make
things work. With the right infrastructure, most of the time can be spent on valuable scientific
analysis instead of wrangling with gnarly portability issues. The vision for unified modeling is
thus not a single code, but a system that emphasizes scientific collaboration. Such collaboration
will be essential to overcome the challenge of predicting our complex Earth system. 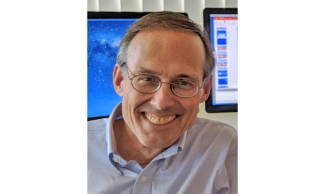