Gerard Ketefian tries to “get big computers to tell him if it’s going to be sunny or rainy or snowy tomorrow, and the next day, and the day after that, and…” that’s how he explains his job to a child - and he has two -- a 2-year old boy and 4-year old girl.

Gerard’s background is engineering. He has a B.S. in civil and mechanical engineering and M.S. in environmental engineering with emphasis on environmental fluid mechanics (both air and water). Gerard’s Ph.D. involved computational fluid dynamics applied to atmospheric dynamics.  His first job after graduate school involved modeling of hydrodynamics -- modeling of transport in San Francisco Bay. When the Cooperative Institute for Research in Environmental Sciences in Boulder, Colorado offered Gerard a position in NOAA’s Global Systems Division (GSD), he decided to return to atmospheric applications.

Gerard currently works on two DTC tasks - the UFS-CAM project (Unified Forecast System - Convection Allowing Model) and the MERIT project (Model Evaluation for Research Innovation Transition). He is currently developing a community workflow for the FV3-Stand-Alone Regional Model (FV3-SAR), and implementing new features such as getting initial and boundary conditions from sources other than the GFS, enabling a new and more uniform grid, and enabling the use of the Community Common Physics Package (CCPP) to swap physics parameterizations easily. And of course, documentation of every step. What is rewarding about his work? Gerard says, “Finally getting a piece of code I've been working on for many days or weeks to do what I intended it to do!”

Gerard looks forward to the days when his kids are old enough to enjoy travel, and he hopes to spend time in Europe and South America. “Travel gives me the opportunity to get out of my daily routine and to put myself in a completely new environment.  It's rejuvenating.” But for now, if he could have a superpower, it would be to be able to slow down time, just for himself. 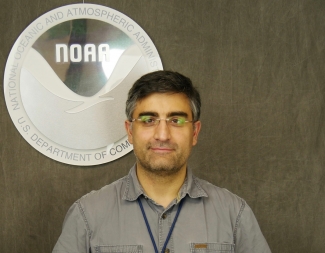