Tracy Hertneky "floats through the air with the greatest of ease" -- or does she? This daring young woman flying in an aerial silk (one of her many hobbies is being an aerialist - like in the Cirque du Soleil)-- doesn’t actually like to fly and requests the superpower to be able to teleport. She dreams of visiting places from New Zealand to Belgium (loves the beer) and the Summer Olympics! Plus, the ability to teleport would certainly be more efficient for travel and help in her role as a new mom to Juliet who was born in January “and has the best laugh ever!”

This Colorado native always wanted to become a civil engineer, just like her grandpa. While Tracy was NOT inspired by the tornado warning that forced her to grab her dog and guinea pig to hide in the bathroom, she WAS fascinated by the weather. She realized it was a career option when she got older and earned a B.S. in Meteorology with a math minor from Metropolitan State College of Denver in 2012 and M.S. from the University of Colorado at Boulder in 2014.

Tracy first started at NCAR as a part-time student assistant working with radar data in 2008. Now her time is split between several (mainly) DTC projects that provide unique learning experiences and allow her to think a little differently. More than half her time is spent on Numerical Weather Prediction testing and evaluation applications such as with the Model Evaluation for Research Innovation Transition (MERIT) project, which focuses on creating a testing framework that can be used by developers and the research community to assess and improve upon model deficiencies, with the ultimate goal of improving operational numerical weather prediction. The rest of her time is spent on release testing, documentation and user support for the Unified Post Processor (UPP). “Sometimes this leads to digging through code and getting messy,” she says.

Tracy’s proudest moments have been being an invited keynote speaker at the European radar conference in 2014 and holding her daughter for the first time. She and husband Andrew spend as much time with Juliet as possible  - she is growing way too fast! Tracy loves to hike, camp, backpack, kayak, snowboard, and play tennis when the weather permits. When she slows down, she likes to work on stained glass, sew, cook, crochet, read, and build towers so Juliet can knock them down. 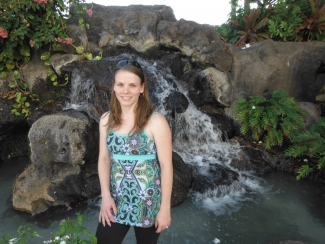