Who's Who: Guoqing Ge 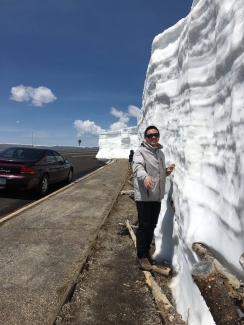 “Read ten thousand books and travel ten thousand miles.”  – A Chinese proverb and a favorite quote of Guoqing Ge who loves to read, would choose the superpower ability to fly, and has an ambitious travel bucket list that includes the North or South Pole and the Amazon rainforest. He has already traveled far from his hometown of Anqing China, an 800-year old city on the shores of the Yangtze River. Anqing is a 4-hour high-speed train ride to Shanghai, and almost 7,000 miles from Longmont, Colorado, where he moved with his wife and son in 2015.

Guoqing earned his Bachelor’s degree in Meteorology from Nanjing University in China, and a Master’s from Peking University. His Ph.D. on convective-scale data assimilation is from the University of Oklahoma, where he stayed on as a post-doc for a few years before joining GSD/CIRES as a research scientist in August 2015.

In July 2017, Guoqing joined the Data Assimilation task of the DTC. His role is to provide community user support for NOAA operational data assimilation system - Global Statistical Interpolation (GSI) and Ensemble Kalman Filter (EnKF) - and to conduct testing and evaluation of emerging data assimilation techniques. He says the best thing about his job is being well-connected with the data assimilation community and moving the latest research results into operations to make forecasts better.

Colorado’s beautiful mountain views, amazing weather and clouds, and outdoor activities inspired Guoqing to lose more than 30 pounds. He stays healthy by skiing, running, hiking, watching NBA games, and playing with his 10-year old son who likes many of the same things -- reading too. The most important thing he has learned is to take notes wherever possible, just as a Chinese Proverb says “the palest ink is better than the best memory.” 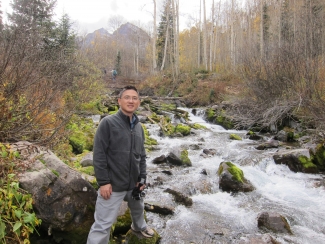