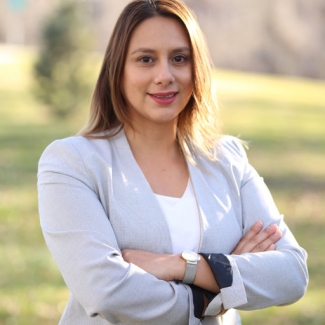 A contribution by Karina Apodaca and coauthor Milija Zupanski on the work they conducted with the DTC Visitor Program on variational lightening data assimilation. This article covers highlights of their journal article. See, also, the link at the end of this article.

The launch of new observing systems offers tremendous potential to advance the operational weather forecasting enterprise. However, “mission success” is strongly tied to the ability of data assimilation systems to process new observations. One example is making the most of new measurements of lightning activity by the Geostationary Lightning Mapper (GLM) instrument aboard the GOES-16 satellite. The GLM offers the possibility of monitoring lightning activity on a global scale. Even though its resolution is significantly coarser, as compared to ground-based lightning detection networks, its measurements of lightning can be particularly useful in less observed regions such as elevated terrain or open oceans. The GLM identifies changes in an optical scene, which are indicative of the presence of lightning activity, and produces “pictures” that can provide estimates of the frequency, location, and extent of lightning strikes. How can we capitalize on the information provided by these pictures of lightning events for the benefit of operational numerical weather prediction models and in particular at the NOAA/National Weather Service?

To start, we used surface-based Lightning Detection Network (LDN) data from the World Wide Lightning Location Network as a GLM-proxy (Fig 1a). Real-Earth latitude, longitude, and timing of total lightning strikes were extracted in a way similar to what the GLM instrument measures. These data were then converted into BUFR (a binary data format) required for assimilation by the GSI system and ingested as a cumulative count of geo-located lightning strikes (Fig 1b). This lightning assimilation package has been prepared to handle actual GLM observations once they are well-curated, suitable for testing, and readily available to the public.

The lightning assimilation package has been fully incorporated in a version of the GSI system and is being evaluated by the GSI review committee. We are now verifying the effects of lightning observations on the forecast through global parallel experiments with the NCEP/4DEnVar system. Thus far, an assessment of the processing of lightning observations and the impacts on the initial conditions for some of the dynamical fields of the GFS model seems promising. The analyses increments of temperature, pressure, humidity, and winds shown in  Fig. 1 (c, d, e, and f), and the location of the raw lightning strikes coincide with the location of the high-precipitation contours in Fig. 2.

In preparation for the NOAA/NGGPS FV3-based Unified Modeling System, we hope to further develop this lightning capability for the GOES GLM instrument following a hybrid (EnVar) methodology and by incorporating a cloud-resolving/non-hydrostatic-suitable observation operator for lightning flash rate capable of also updating cloud hydrometeor fields. Once GLM observations are available, we will evaluate their actual impact with GSI system and assess their benefit in operational weather prediction at NCEP. 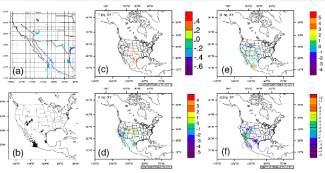 Figure 2. 24-hr precipitation valid at 2013-08-27_12:00:00 (Courtesy: NWS). Note the region of maximum precipitation near the Arizona-Nevada border, which coincides with the region of a positive analysis increment in specific humidity shown in Fig. 2. The assimilation of lightning observations has a positive impact in the initial conditions of the GFS model.
Contributed by Karina Apodaca