Who's Who: Grant Firl

The long and winding path to becoming an atmospheric scientist began at a young age for Grant, like many atmospheric scientists. He split his childhood years between watching occasional storms develop over the Sandia Mountains of Albuquerque, NM and the frequent passing of MCSs (Mesoscale Convective Systems) and derechos over the forested hills of southwest Missouri.

Grant credits his interest in science and math to a string of inspirational teachers from elementary school and onward, but his focus on meteorology was born of a shared interest in the discipline with his dad who obtained a B.S. in meteorology in the late 1970s. In college, his interests shifted from severe weather to atmospheric modeling and he majored in mathematics and minored in computer science in preparation for graduate studies. He obtained his M.S. and Ph.D. in atmospheric science under David Randall's tutelage at Colorado State University, primarily developing parameterizations for the convective planetary boundary layer using advanced techniques for predicting subgrid-scale variability.

After a postdoc appointment for studying machine-learning algorithms for improving planetary boundary layer parameterization methods, Grant was hired as a Project Scientist I at NCAR to work on the Global Model Test Bed (GMTB) project in the fall of 2015. He now serves as the Node Activity Coordinator for this project. For the past two years, Grant has worked with the GMTB team to design and implement a Common Community Physics Package and an Interoperable Physics Driver. The team is also building a testing platform to experiment with promising physical parameterization advances and to provide this shared capability to the broader community. Grant has thoroughly enjoyed his time working in the DTC and claims that his favorite aspect of the job is the "problem solving" aspect and the opportunity to work with and learn from an array of like-minded, driven, and brilliant people. 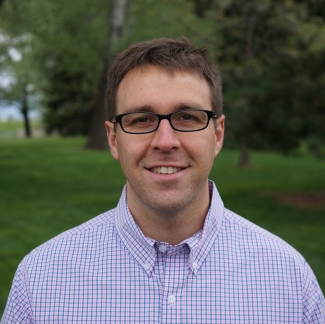 Grant married his wife, Julia, in 2009 and has a 5-year old son (Wesley) and 3-year old daughter (Evelyn) who keep him on his toes when he is out of the office. After a brief hiatus from frequent backpacking/hiking trips when his kids were very young, Grant is looking forward to returning to the mountains with regularity and sharing the unique landscape and wildlife with his family. Other hobbies closer to civilization include playing softball with the venerable "Hailraisers" team in Boulder and the "Cyclones" team in Fort Collins and tinkering with various woodworking and automotive repair projects.