As chief of the Model Development Branch (MDB) at NOAA’s Global System Division (GSD), I am honored to work with many of the scientists from the DTC. The DTC has been a vital partner for the development, testing, and evaluation of the Rapid Refresh (RAP) and High-Resolution Rapid Refresh (HRRR) models, and I look forward to continuing this valuable collaboration as the community works together to define and develop the next-generation modeling system.  The work performed in my branch at GSD is strongly linked to the five task areas that the DTC supports: Regional Ensembles, Hurricanes, Data Assimilation, Verification and the Global Model Test Bed (GMTB). Each of these areas will also be an important component of the Next Generation Global Prediction System (NGGPS), currently under development.

The goals of the NWS NGGPS include not only to generate a much-advanced global modeling system with state-of-the-art non-hydrostatic dynamics, physics and data assimilation, but also to foster much broader involvement of other labs and the academic community. This opens an opportunity for a new role for the DTC. While the initial objective for NGGPS was the selection of a dynamic core, other tasks are now of high priority. Among those, the selection of the advanced physics parameterizations and the involvement of the community may be the most challenging. The selection of an advanced physics suite should be completed by the end of 2018, to allow rigorous testing and tuning to be performed with the complete package. It is recognized that all of the physics schemes will likely need further testing, development, and calibration prior to, during, and after implementation.  The DTC is ideally positioned to contribute to this task.

Model physics describe the grid-scale changes in forecast variables due to sub-grid scale diabatic processes, as well as resolved-scale physical processes.  Physical parameterization development has been a critical driver of increased forecast accuracy of global and regional models, as more processes are accounted for with sophistication appropriate for the model resolution and vertical domain.  Key atmospheric processes that are parameterized in current global models include subgrid turbulent mixing in and above the boundary layer, cloud microphysics and ‘macrophysics’ (subgrid cloud variability), cumulus convection, radiative heating, and gravity wave drag.  Parameterizations of surface heat, moisture, and momentum fluxes over both ocean and land, subgrid mixing within the ocean due to top and bottom boundary layers, gravity waves and unresolved eddies, land surface and sea ice properties are also important on weather and seasonal time scales.

A NGGPS modeling workshop and meetings of the Strategic Implementation Plan (SIP) Working Groups were held in August of 2017 at the National Center for Weather and Climate Prediction in College Park, Maryland, to finalize the SIP document that describes projects for the development of the Unified Forecast System (Link to SIP document). The future of physics parameterization development, as described in this report, listed many of the current DTC tasks. A possible DTC priority could be to test (at multiple resolutions), evaluate, and maybe even assist in tuning scale-aware and stochastic parameterizations for processes such as microphysics, cumulus convection and gravity wave drag.

To achieve the goal of involving the broader community in the development, testing, and assessment of physical parameterizations, the GMTB was established as a new task area in the DTC. The GMTB, led by Ligia Bernadet and Grant Firl, is an ambitious project to make model development much more user-friendly, catalyzing partnerships between EMC and research groups in national laboratories and academic institutions. The GMTB aims to implement transparent and community-oriented approaches to software engineering, metrics, documentation, code access, and model testing and evaluation.

The initial charge to GMTB was the development and community support of the Common Community Physics Package, a software and governance framework to facilitate Research to Operation (R2O) transitions of community contributions. Additionally, the GMTB is tasked with defining a hierarchy of tests (model configuration, initial conditions, etc.), iteratively exercising each candidate physics configuration over the tests, and providing assessments in an open manner – tasks which are also needed for the development of unified metrics. GMTB already was of great help to implement the Grell-Freitas convective parameterization into the GFS physics package, now running in versions of FV3 and GFS.

With the existing task areas spanning ensemble work, stochastics, verification software development, community support, data assimilation, and GMTB, DTC will be able to play an increased role in assisting R2O transfer with respect to development and improvements in physical parameterizations. Once the advanced physics suite is selected, this will require gaining expertise in the different parameterizations that are chosen. DTC can conduct carefully controlled, rigorous testing, including the generation of objective verification statistics, and provide the operational community with an increased amount of guidance for selecting new NWP technologies with potential value for operational implementation. 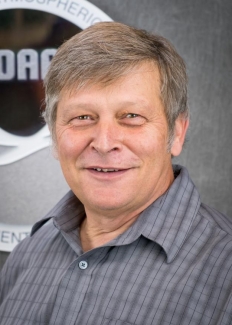