Who's Who: Jeff Beck 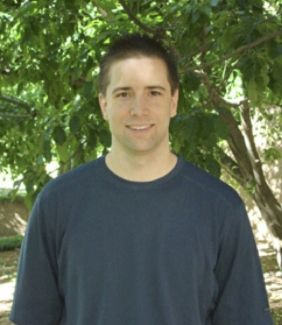 Some people feel comfortable staying close to home, but Jeff Beck has been across the country and across the ocean, with more experience already than many people have in a lifetime.

Jeff received his B.S. in Meteorology from Penn State University, then moved on to Texas Tech to obtain his Master’s and Ph.D. in Atmospheric Science, completing his studies in 2009.

After a year working at a wind energy company in Austin, Texas, Jeff moved across the Atlantic, taking up a post-doctoral position at Meteo-France. “I knew some basic French at that point, and I thought it would be a good experience for me.”  The position lasted for three and a half years, when Jeff returned to the U.S. to work at NOAA’s Global Systems Division in September 2014.

Jeff quickly moved into duties with the Developmental Testbed Center. He is an integral part of the team that developed the NOAA Environmental Modeling System (NEMS) Nonhydrostatic Multiscale Model on the B-grid (NMMB) Tutorial that took place at the NCWPC in April 2015, taking on tasks ranging from managing the tutorial website and creating an NMMB User Guide, to testing the scripts and code for the tutorial’s practical session and helping with the practical on day 2 of the tutorial. Jeff is now the lead for the second NMMB tutorial coming in Spring 2016. Jeff also works on the North America Rapid Refresh Ensemble (NARRE) physics package, developing a stochastic suite that will over time outperform the current mixed-physics suite.

When he’s not busy with all his work tasks, Jeff enjoys the outdoors of Colorado, and spends time skiing, hiking and running. So if you happen to meet Jeff on the trails around the Foothills, be sure to say “Bonjour!” 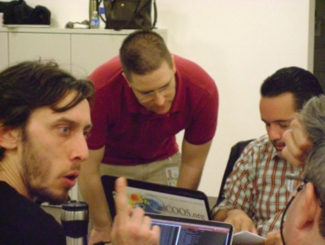