During my first 15 months as the ESRL Global Systems Division Director, I have learned about the DTC and its role in the modeling community. The DTC has made remarkable gains in supporting the WRF model within the community that has contributed to the great success and usage of the model both nationally and internationally. I believe the DTC is unique in how it is funded and operated as a joint effort between NCAR and NOAA, along with partners from the Air Force. It is my observation that there is a significant effort to develop global models at resolutions traditionally associated with mesoscale/ regional models. Therefore, it is a good time for the mission of the DTC to be reviewed and possibly updated such that the DTC has a viable and robust future, should global models eventually begin to replace mesoscale/regional models within NOAA NCEP operations, for example. At GSD, we have recently reorganized in response to these changes in the modeling community.

All of our modeling efforts are now under a single Branch, the Earth Modeling Branch led by Dr. Stan Benjamin. Nearly all of the GSD DTC efforts now fall within this Branch, which includes researchers working on modeling scales from the storm scale through global scale. Having convenient access to such a wide range of talented personnel should benefit DTC tasking in the future. In addition, in my role as a member on the DTC Management Board, I have begun to work closely with NWS NCEP & EMC and Dr. Bill Kuo to work toward improving alignment of the current NCEP operational needs with the DTC mission, capabilities, and services. 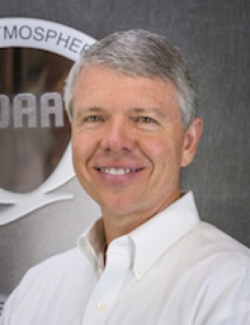