Who's Who: Tim Brown

If you still harbor a notion that software engineers live narrow lives, a few minutes with Tim will quickly persuade you otherwise. Between his present 3-year stint with DTC’s hurricane task and graduate school in Perth, Australia, Tim has worked in Toronto with the Ontario Institute for Cancer Research; Australia with the Center for Water Research; Switzerland, the UK and Antarctica. He declines to speculate where his next career move might take him.

In Boulder, he has taken on a varied set of responsibilities, including teaching at recent DTC & EMC-sponsored Hurricane WRF tutorials and preparing numerical model documentation for HWRF. His most recent task, however, has been the collaboration with EMC in the conversion of the hurricane model scripts into Python, which he says will unify the operational and research communities thus enabling greater O2R and R2O. Outside of work, he greatly appreciates Colorado’s opportunities for backcountry skiing and bicycling. Perhaps that will help keep him in the DTC fold for a while! 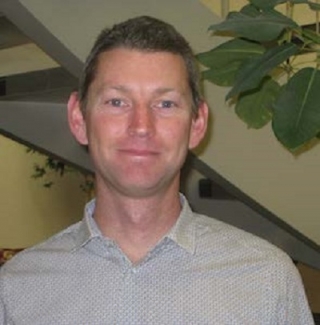