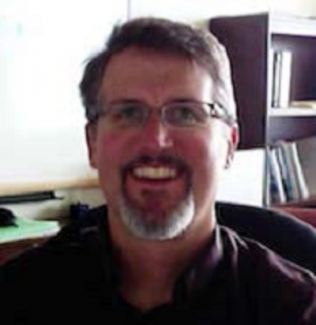 One outcome of the DTC Science Advisory Board (SAB) meeting last September was establishment of an annually rotating SAB Chair. As the first to assume the role under this change, I welcome the future opportunity to address the DTC from the perspective of a researcher. Taking over from last year’s chair Mark Stoelinga is no small task; Mark efficiently and effectively led our discussions and drew several points of consensus from among many disparate ideas and concerns. I encourage those interested to browse the report that resulted from our meeting last September (which can be found on the dtcenter.org website). Here I step aside from Chair duties, and instead put forth what I see as the DTC’s key strengths, challenges, and opportunities.

During my short two years on the SAB, the DTC has made noteworthy improvements in its ability to disseminate and support operational codes, such as the WRF-NMM and the GSI. Although many point out that the DTC’s primary goal is capability transfer from research to operations, that goal cannot be realized without first opening the doors for the research community to adopt operational codes and methods. The ARW is well established in the research community, and may be difficult to supplant at any significant level. The GSI may prove more successful, and the DTC’s experience and support of the GSI opens a plausible path to a success in research to operations. Consider the following scenario: university investigators continue to expand use of complex data assimilation codes, and university use of the ARW-compatible GSI grows commensurately. With NCEP and AFWA invested in the GSI for some years to come, a viable opportunity for research to operations transfer emerges. With convection-allowing forecasts offering several important science challenges, it is not a stretch to think that a university investigator with sufficient computational resources would find a RAP or HRRR-like system desirable to facilitate research in the near future. NCEP and AFWA may see tangible contributions that follow.

In the present environment defined by funding uncertainty, the DTC continues to face the challenge of balancing its core mission against funding opportunities that may redirect limited staff time. A step into global modeling could present one such difficulty. Suppose an opportunity emerges to begin testing global models. In the absence of increased total funding, staff would necessarily be diverted away from valuable mesoscale model testing, and from supporting operational codes to the community. It is unlikely that large numbers of university investigators will, in the next few years, be running operations-grade global models with regularity and resolution needed to inform operational centers. Maintaining focus on growing strength in mesoscale model testing, especially at convection-allowing scales, should position the DTC for future research to operations transition opportunities.

Finally, the rising importance of the HRRR and HRRRE, and the continued emphasis on probabilistic forecasting at AFWA, give the DTC its greatest opportunity to realize research to operational transitions. The HRRR, and nearly all of AFWA’s operational NWP, are based on the widely used ARW. As noted above, the recent success in hosting GSI workshops, and supporting the code to the research community, positions DTC for future success.

After what some perceive as struggles during its first few years, the DTC has laid a solid foundation. Independent testing of operational models continues to be valuable, particularly to AFWA; the visitor program remains popular and effective at offering operational-relevant problems to the community. By remaining focused on its strengths while continuing its work making operational codes available to the research community, the DTC should realize more future success in line with its core mission.