Who's Who: Hui Shao

In many ways, Hui is the quintessential DTC lead. Stationed at NCEP’s Environmental Modeling Center but spending several weeks a year in Boulder, she lives R2O (data assimilation variety) day in and day out. Besides the frequent commutes, she is a long-distance veteran in another way, with undergraduate and masters’ level education in China, a PhD at Florida State, and now her dual appointment of sorts in DC and Boulder. There was some chance at Nanjing University that she would follow a different career: space science was her first choice but the availability of meteorology courses led her in that direction. She credits two events during her studies as important points in her career. A DA seminar in Nanjing impressed her with the ‘forward/backward’ mathematical beauty of adjoint formulations, and during her first year in Tallahassee regular meetings with a professor helped to bring out the ‘bigger picture’ of her dynamic meteorology courses.

At EMC and the DTC, Hui is most proud of helping to form a stronger and closer partnership between these two centers and creating a new pathway between operations and research communities. The collaboration between two centers has now been expanded beyond just data assimilation. Her vision of DA needs and requirements include a strong sense that better ways to handle extremes are needed, and she is a firm believer that effective DA can’t be just about data but must have a physical grounding as well. If anyone is well-placed to bring that vision into the R2O arena, it would be Hui. 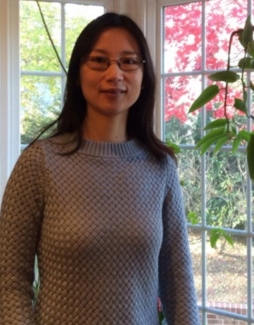