Director's Corner: Greetings from the Heartland!

The Air Force Weather Agency (AFWA) has long been a partner with the DTC since its “unofficial” early days of “core testing” (remember those), to its official charter membership signing in September of 2009, to date. Air Force Weather (AFW) recognized early, the essential role this organization could, and would, play in bolstering and mitigating an ever-growing US Air Force resource constrained terrestrial weather RDT&E environment. Further partnering with our NOAA National Centers for Environmental Prediction (NCEP) compatriots in this endeavor became even more than doubly beneficial to AFW mission needs. For over a decade, AFW has not had a terrestrial weather R&D lab to foster continuous environmental NWP advancements.

Among other alternative research avenues, the DTC was seen as a leveraging mechanism to enable and smooth the transition of terrestrial weather advancements into the operational NWP weather tool used by the USAF…WRF. After slow going in the early years, over the last 4+ years the DTC has been that research to operations (R2O) enabler we expected, but not in the conventional thinking sense many have of the DTC.

The highest priority mission AFWA has for the DTC is reference configuration testing and evaluation (T&E). T&E is an essential last step in AFW’s R2O process. To facilitate this, the DTC has set up a nearly “functionally equivalent” operational design of AFWA’s WRF model operations. In the past four WRF community release cycles, the DTC has T&E’d several promising reference configurations of WRF against AFWA’s operational configuration providing the final actionable detail needed to decide whether the new scientific advancement has a positive operational impact worthy of implementation. Having this fidelity enables AFWA to greatly reduce its R2O timelines if it otherwise had to rely on its own available resources.

Furthermore, the modeling community benefits from these configurations tests by building a performance baseline to track reference configurations. This should guide scientists toward fruitful R&D tracks and steer them from unfruitful approaches, ultimately providing further R2O efficiencies.

This T&E focus for R2O is why AFW has funded a Model Evaluation Tool (MET) solely developed and matured by DTC. A standardized tool, for standardized tests, for our common R2O future…a great beginning and a valuable partnership—DTC, AFW, & NOAA/NWS. 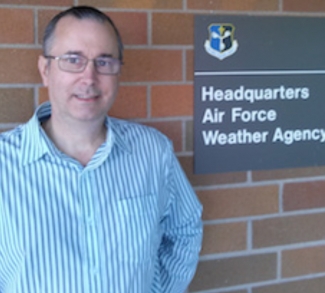