This was a classic set-up for a major winter storm which impacted the mid-Atlantic region of the United States and was, in general, well-forecast several days in advance by large-scale prediction models. The system developed near the Gulf Coast, with Canadian air already present over the mid-Atlantic and Appalachian regions. This system strengthened rapidly as it moved slowly up the coast producing significant amounts of snow, sleet and freezing rain. Maximum amounts of 30–42 inches (76–107 cm) of snowfall occurred in the mountains near the border of VA/WV/MD. 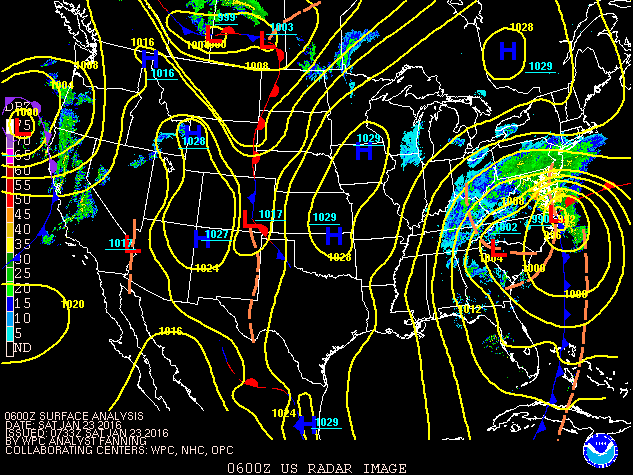 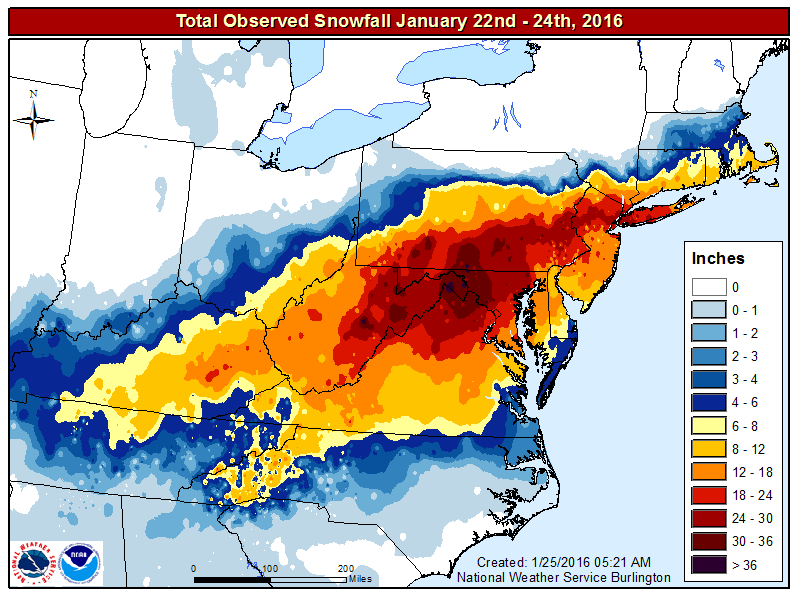