A deadly, record-setting derecho on this day was preceded by major instability from the Midwest to the East Coast of the United States, with CAPE values exceeding 5000 J/kg and temperatures reaching above 100°F (38°C). Elevated convection in northern Illinois moved into Indiana along a weak stationary front, above an elevated mixed layer. Record temperatures, abundant moisture, and steep lapse rates aided further storm development to the south and east. A squall line eventually formed into a bow echo and wreaked havoc from Illinois over the Appalachian Mountains all the way to the Atlantic coast.

More than 20 fatalities resulted from high winds and falling trees, and over 4 million people lost power. There were 893 high wind reports for June 29th, 2012, with some reaching over 90 mph. 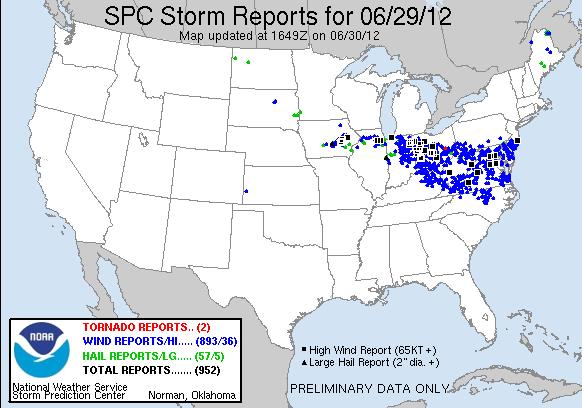 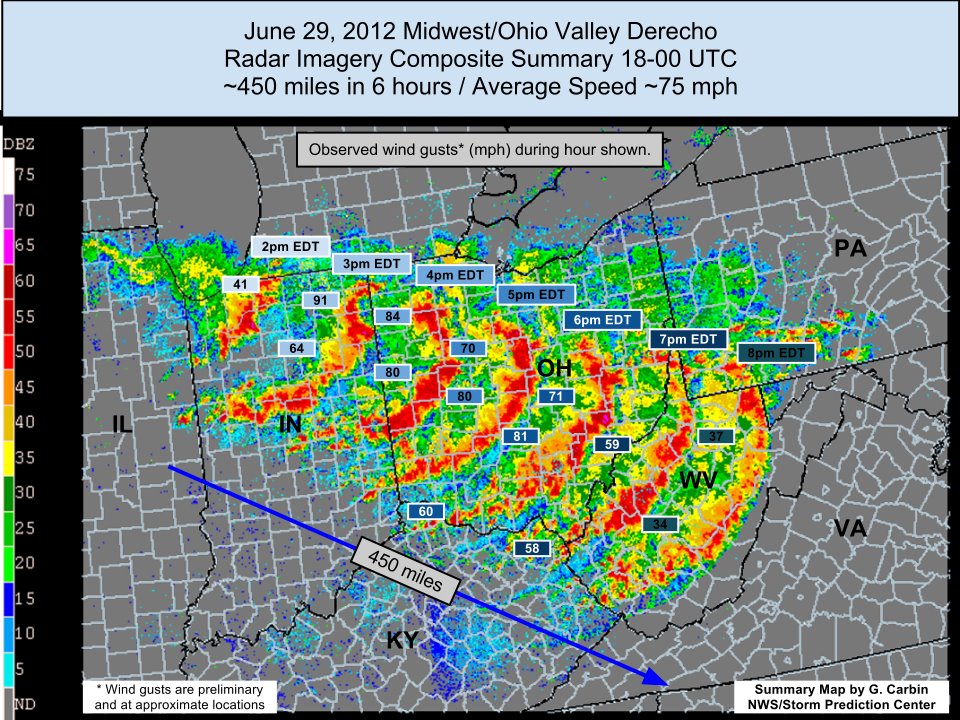